- The Skies Are On The Ground -

A projection work that you can stand in, this work involves your shadow in a world of impossibilities, where centaurs roam and Heracles is wearing disco pants and picking you up at 7. Bring your shadow to the walls of your city. Disregard reality in favour of the untouchable power of the stories we make up. Stand in this place and watch the earth move around you. Homer would have wanted you to. 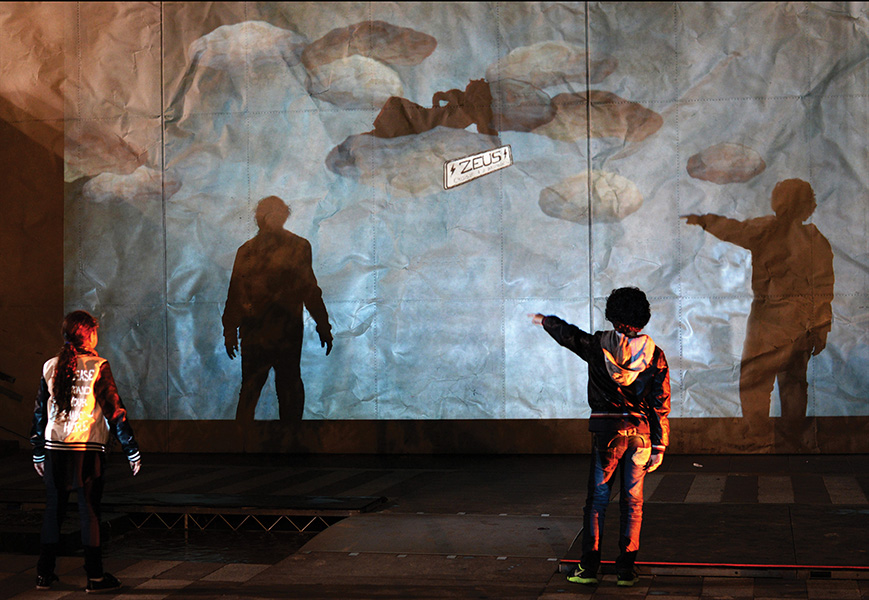