- The Beasts From Behind -

Bring your shadow to the walls of your city; let it be consumed by strange beasts and something that looks like love, let it grow in unexpected ways and adventure in unknown lands.

The narrative follows your shadow as it explores the new arrival in this dynamic alter world of bizarre beasts. This is a projection work that you stand in, so your shadow becomes involved in surprising environments and narratives.

WARNING: May contain traces of animation. Don't believe everything you see. 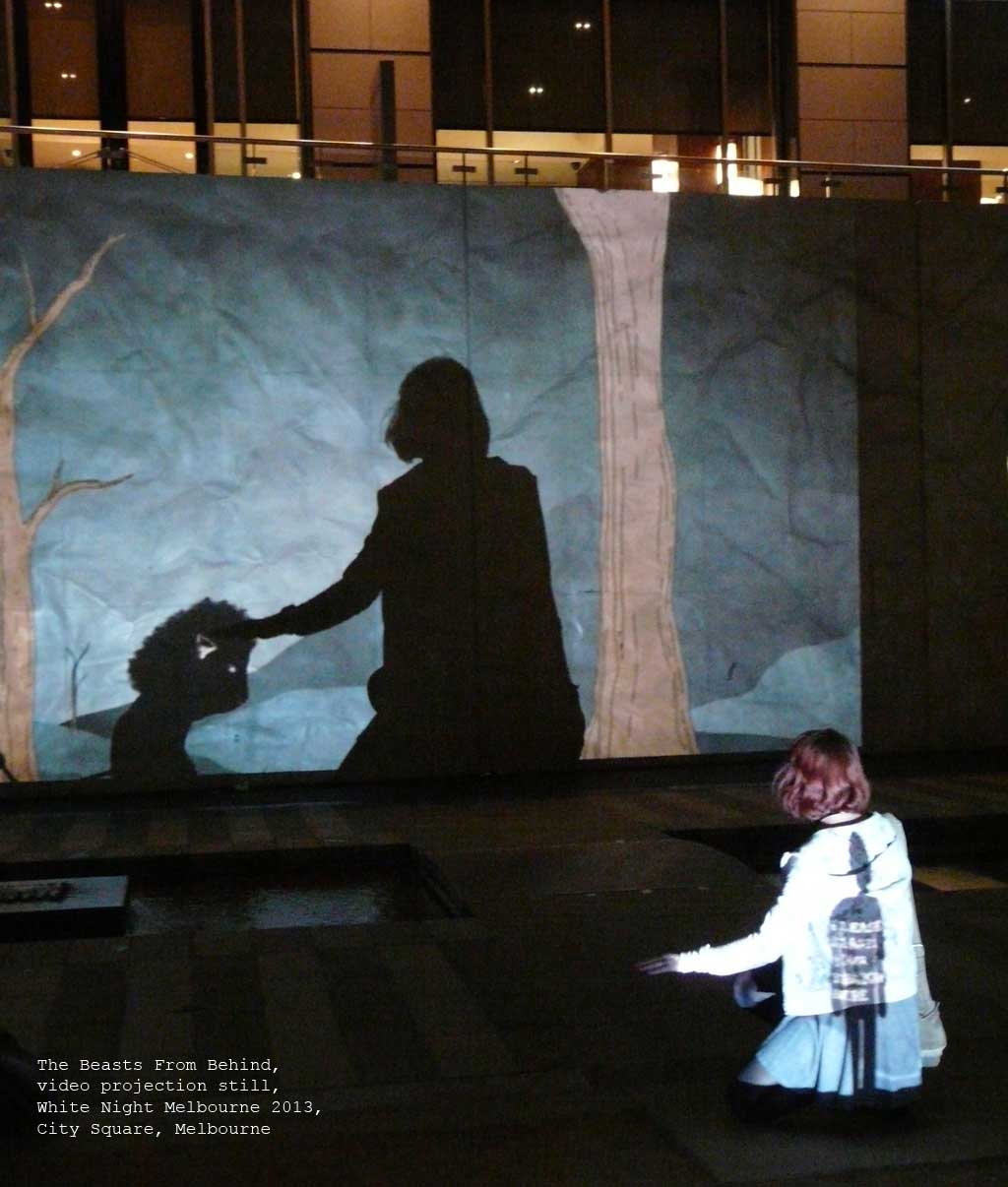 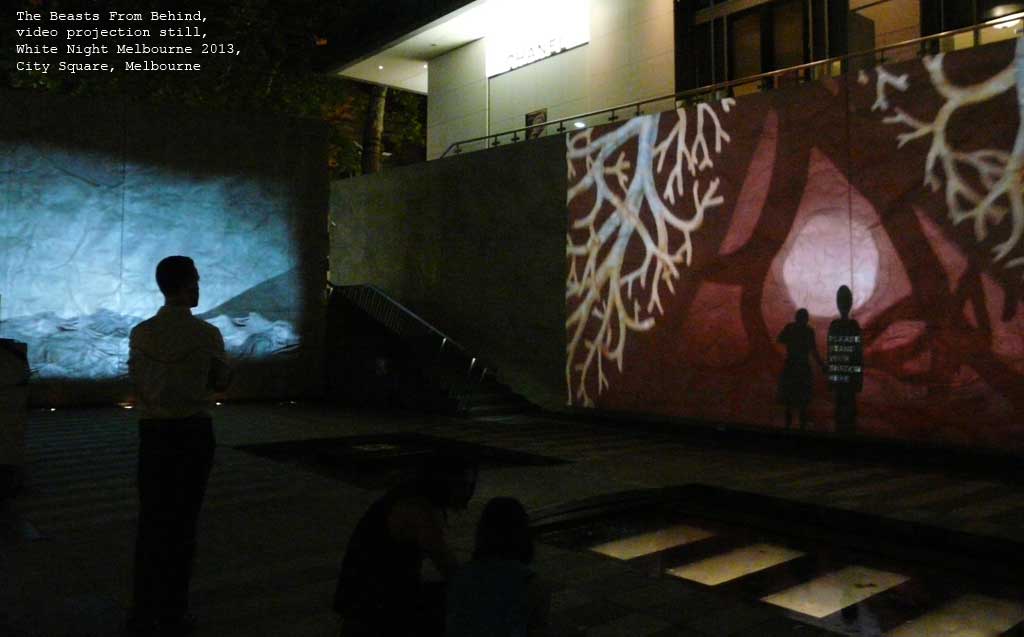 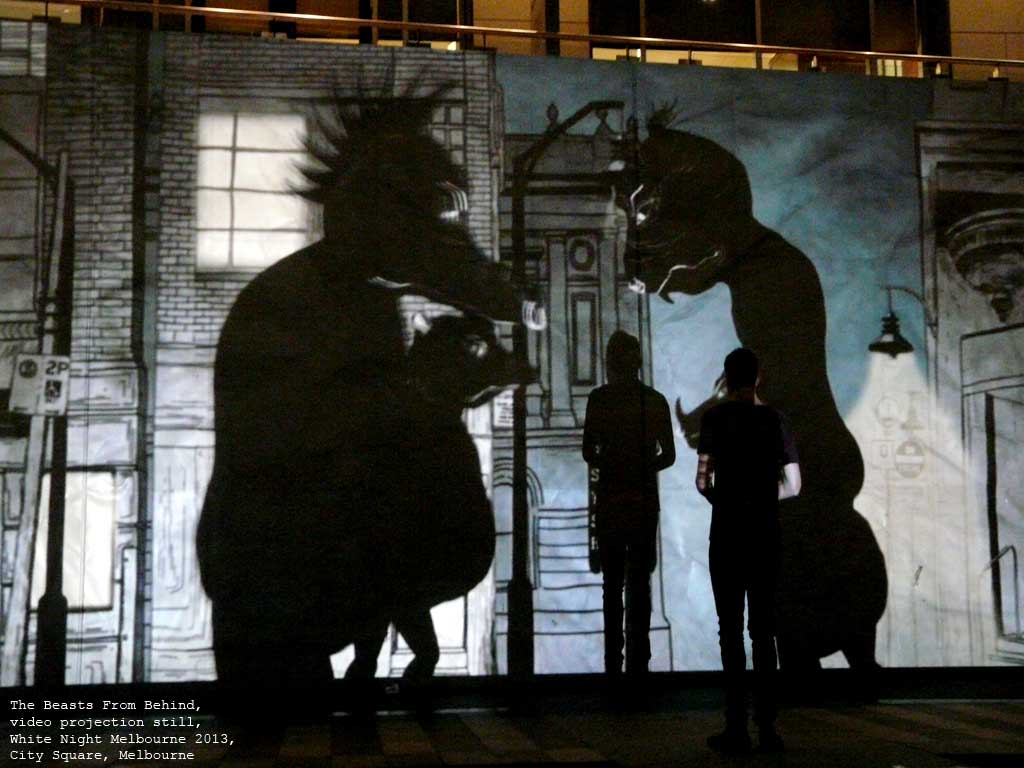